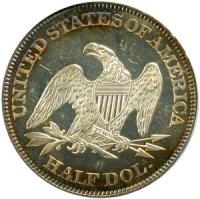 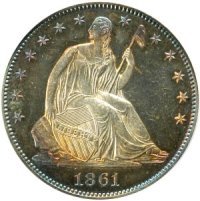 (Irvine, California) The first-ever Official Auction of the ANA Las Vegas Coin Show, conducted by Bowers and Merena, was a spectacular success. Led by U.S. silver dollars and gold coins, nearly $6 million crossed the block during the sale, with an average lot value of over $4,000. “Our first sale in association with the newly-established ANA Las Vegas Coin Show was an outstanding achievement,” said Bowers and Merena’s President Steve Deeds. “Lot after lot brought substantial premiums or record-breaking prices, including a Civil War-era 1861 Seated Half Dollar in PCGS Proof-64 Cameo (lot 5584) that sold for $18,400 – more than 10 times its expected value.”

Bowers and Merena Director of Numismatics Jeff Ambio was particularly enthusiastic about the Pattern offerings: “Our Official Auction of the ANA Las Vegas Show saw lots of fresh patterns–some of which have been off the market for as many as 60 years–bringing out the strongest bids from specialized collectors.” Chris Cipoletti, Executive Director of the ANA, gave his impressions: “It was a great success. The energy was very positive and many people expressed their interest in having the ANA’s continued support for the Las Vegas Coin Show. We were thrilled to be participating and we look forward to the future of the Las Vegas show.” 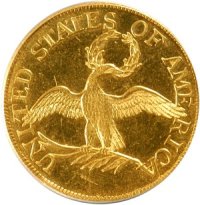 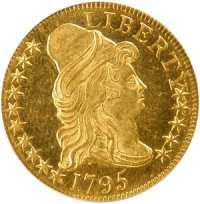 Highlight prices and coins capturing the attention of in-person, phone, and Internet bidders during the three-session sale included $335,000 for the Peaceful Morgan and Peace Silver Dollar collection, ranked #13 on the PCGS Set Registry; $202,400 for an 1875 Liberty Eagle Proof-65 Ultra Cameo (NGC), tied for finest known of the fewer than 12 in existence; and $163,300 for an 1885 Liberty Double Eagle Proof-66 Deep Cameo, the finest graded by PCGS and one of fewer than 20 known. (All prices include the 15% buyer’s fee.)