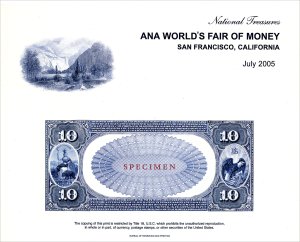 (San Francisco, California) – The upcoming American Numismatic Association (ANA) World’s Fair of Money in San Francisco’s Moscone West Convention Center, July 27 – 31, 2005, will offer unprecedented educational opportunities. There will be dozens of numismatic lectures and colorful exhibits including several historic items that will be publicly displayed for the first time ever.

More than 70 educational seminars and hobby organization meetings will be conducted during the convention, and some of the world’s most famous and valuable rare coins and bank notes will be displayed in the official exhibit area by the ANA, collectors and dealers. The U.S. Treasury Department’s Bureau of Engraving and Printing (BEP) popular “Billion Dollar Display” will include $500 and $10,000 denomination note-printing face plates that have never been publicly shown until now. 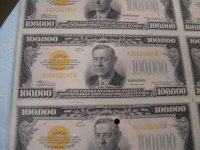 The five-day convention is free and open to the public, sponsored by the 32,000-member ANA and hosted by the San Jose, California Coin Club. “This will be one of the busiest and biggest events in the 114 history of ANA conventions,” said Christopher Cipoletti, ANA Executive Director. “In addition to all the educational sessions, there will be 440 vendors’ tables and booths with more than 2,500 dealers, as well as 20 mints from around the world actively participating in the show.”

The United States Mint will showcase the latest coins in the 50 State Quarters Program® and the new Jefferson nickel designs. Lucky visitors will be able to win one of the new nickels or a specially-packaged California commemorative quarter-dollar in the Collectors Exhibit Area. The California coin’s designer, Garrett Burke, will sign autographs there on Friday and Saturday, July 29 and 30. 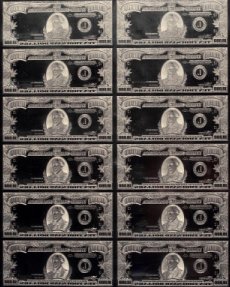 For the first time anywhere, the BEP will display 12-note face plates that were used to print Series 1934 $500 and $10,000 denomination currency destined for the San Francisco Federal Reserve Bank. Each chrome-plated steel face plate weighs 18 pounds. They have been stored in Treasury Department vaults for more than a half-century and will be publicly exhibited for the first time ever during the ANA convention.

The ANA Money Museum and Legend Numismatics will jointly present, “Legends of the Granite Lady: The Second San Francisco Mint and the Spectacular Coins of 1870.” The specially-prepared educational exhibit includes the unique Bass Collection specimen 1870-S $3 gold piece, the 1870-S half dime from the Law Collection, and the finest known 1870-S dollar from the James Stack/Legend Collection. 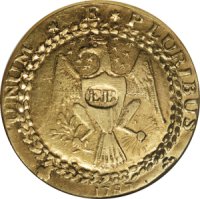 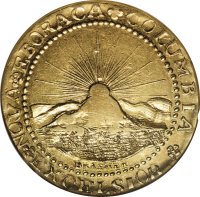 The world famous Walton specimen and the fabled Bebee specimen of the famous 1913 Liberty Head nickels from the ANA Money Museum;

And the Carter/Contursi 1794 Bust dollar, believed by some experts to be the first silver dollar struck by the United States Mint. 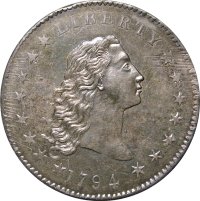 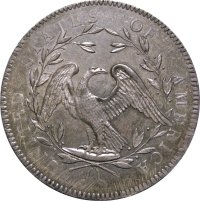 The public can cash in their loose change free at the convention on Saturday, July 30, courtesy of Coinstar®.

“Coinstar® will set up coin-counting machines to let the public cash in their accumulated pocket change on the Saturday of the ANA Convention from 9 a.m. to 2 p.m. There will be no fee for this service, courtesy of Coinstar®,” said Cipoletti. “The first 500 people who elect to put at least $5 of their change on a Starbucks® card will get their card pre-loaded with an additional $3 in credit.”

Heritage Galleries & Auctioneers of Dallas, Texas will conduct a multi-million dollar public sale of coins and currency in conjunction with the show. The sale will feature the very first set of five commemorative gold coins and medal made for the 1915 Panama Pacific Exposition in San Francisco including both round and octagonal $50 gold coins along with a “First Set Struck” plaque originally presented with the Pan-Pac set 90 years ago.

Title sponsors of the show are Legend Numismatics, Richard Nachbar and Numismatic Guaranty Corporation (NGC). Monnaie de Paris and eBay will host receptions during the convention.

Dealers and collectors who have pre-registered for the ANA convention can pick up their registration packets during the Santa Clara Coin, Stamp & Collectibles Expo in the Santa Clara Convention Center, July 21 – 24. The ANA World’s Fair of Money will be held at the Moscone West Convention Center (2nd floor registration), 800 Howard St., San Francisco, California. Public hours are Wednesday though and Saturday, July 27 - 30, from 10 a.m. to 6:30 p.m., and on Sunday, July 31, from 10 a.m. to 2 p.m. A complete schedule of events will be available free at the show’s registration desk and online at money.org. The phone number for the convention’s Message Center during the show is (719) 499-3591. The security room phone number is (719) 499-3608. For additional information, visit the American Numismatic Association web site.